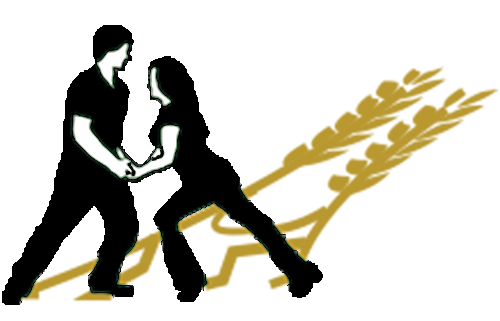 “Creating a community of dedicated “Westies” in Saskatoon and surrounding areas is the whole reason we started all this.”

Douglas Rudd and Jennifer Hadley founded West Coast Swing Saskatoon (WCSS) in 2011 to have more people to dance with.  They have volunteered hundreds of hours of their time to teach the dance they love with anyone brave enough to try and in so doing have put Saskatoon on the map in the dance world.

They started their dance (addiction) life in late 1999 during the Swing Revival with Lindy Hop.  In 2000 they inherited the Saskatoon Lindy Hop club “River City Swing Dance Club“. In 2002 they invited professional dancer/instructor Myles Munroe to Saskatoon to teach a West Coast Swing Workshop.  He blew their minds.  Myles explained how West Coast Swing had evolved from Lindy Hop and demonstrated how the dance stayed fresh and relevant by continuing to evolve to synergize with modern music. This was the point that Douglas and Jennifer fell in love with West Coast Swing.

The quest to master this dance style lead Douglas and Jennifer to travel to workshops, events and competitions across the Western Provinces and down into the States. When they returned from these events they found that they craved a place to dance West Coast Swing in Saskatoon.

If you have any questions about lessons, performance, or anything relating to West Coast Swing in Saskatoon or further please contact Douglas Rudd by email at drudd@westcoastswingsaskatoon.com

Other idea/note to use somewhere:

WCSS is still young, but that hasn’t stopped local dancers sporting “WCSYXE” gear (an acronym using the airport code for Saskatoon) from traveling to, competing at and bringing home wins from events across North America.  And while competition isn’t for everyone, traveling to experience events is something you’ll never forget.